JEE Main 2019 Normalisation – Now that the new conducting body will conduct JEE Main twice a year, how will they calculate the scores? Also, since the examination will be conducted in multiple sessions/shifts, with different sets of question papers for each shift, the question of uneven difficulty level arises. Thus to resolve this National Testing Agency (NTA) has come up with “Normalisation procedure based on Percentile Score”. Read below to know how this process is used to calculate the JEE Main 2019 scores. 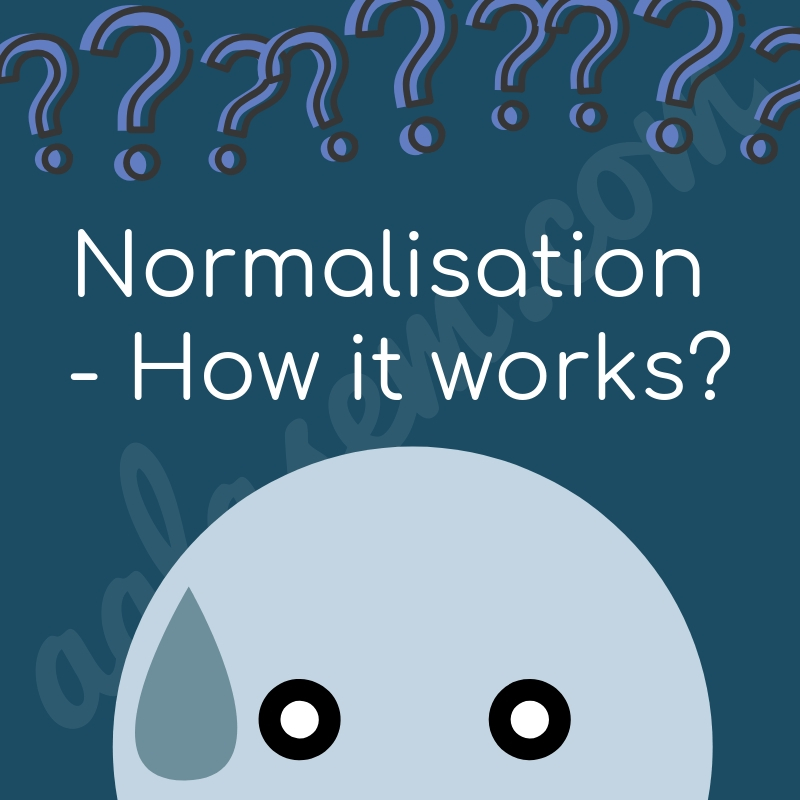 “In spite of all efforts of maintaining equivalence among various question papers, the difficulty level of these question papers administered in different sessions may not be exactly the same. Some of the candidates may end up attempting a relatively tougher set of questions when compared to other sets. The candidates who attempt the comparatively tougher examination are likely to get lower marks as compared to those who attempt the easier one. In order to overcome such a situation, “Normalisation procedure based on Percentile Score” will be used for ensuring that candidates are neither benefitted nor disadvantaged due to the difficulty level of the examination.” – National Testing Agency (NTA).

How Is the Normalisation of Scores Done?

Normalisation process can be tricky to understand in one go, however, we are providing below a simplified way to explain the process.

Explanation of the above formula:

To explain the calculation first let us understand a few terms:

Now, to understand the above formula let us take an example:

Suppose, a total of 200 candidates have appeared in your exam session. Now, say your raw score in the exam was 300. Now let us suppose, 100 students have scored a raw score equal to less than 300 (same as yours). Thus, your percentile will be:

Note: The number of students who score less than or equal to your score will range from your score to the lowest score in your exam session.

In addition, to reduce the ties, the percentile scores will be calculated up to 7 decimal places.

This is how the difficulty level and any unbiased judgment is normalised in exams that are held in multiple session and uses different sets of question paper in each session.

How Will NTA Prepare JEE Main 2019 Result Based On Normalised Scores?

Now, once your percentile score is available, how will you be assigned ranks in the All India Rank (AIR) List? Below we have discussed the same: 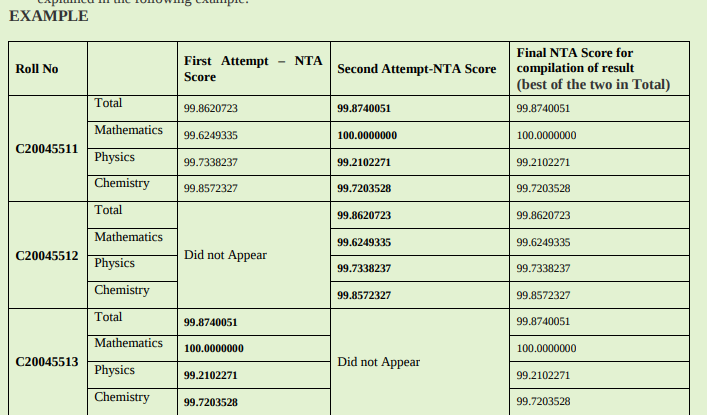 Now, based on the final percentile, the AIR will be made. The candidates will higher percentile score will be placed higher in the rank list.

Important: JEE Main 2019 paper 2 scores will be not be normalised, the merit list will be thus prepared on the basis of raw scores only. Read more…

In case two or more candidates have the same total percentile, then tie-breaking will be done in following order:

This means, apart from the total percentile score, percentiles will be calculated for each subject. The formula will remain the same as discussed above, the only difference is the raw scores of the subjects will be used rather than the total score.

Below is the example of tie-breaking where 4 candidates have the same total percentile scores:

Note: in the image above the normalised scores are referred to as NTA scores.

To check the official release on JEE Main 2019 Normalisation you can read the document below:

All the best for JEE Main 2019, comment below if you want to know more about normalisation.

No Result
View All Result